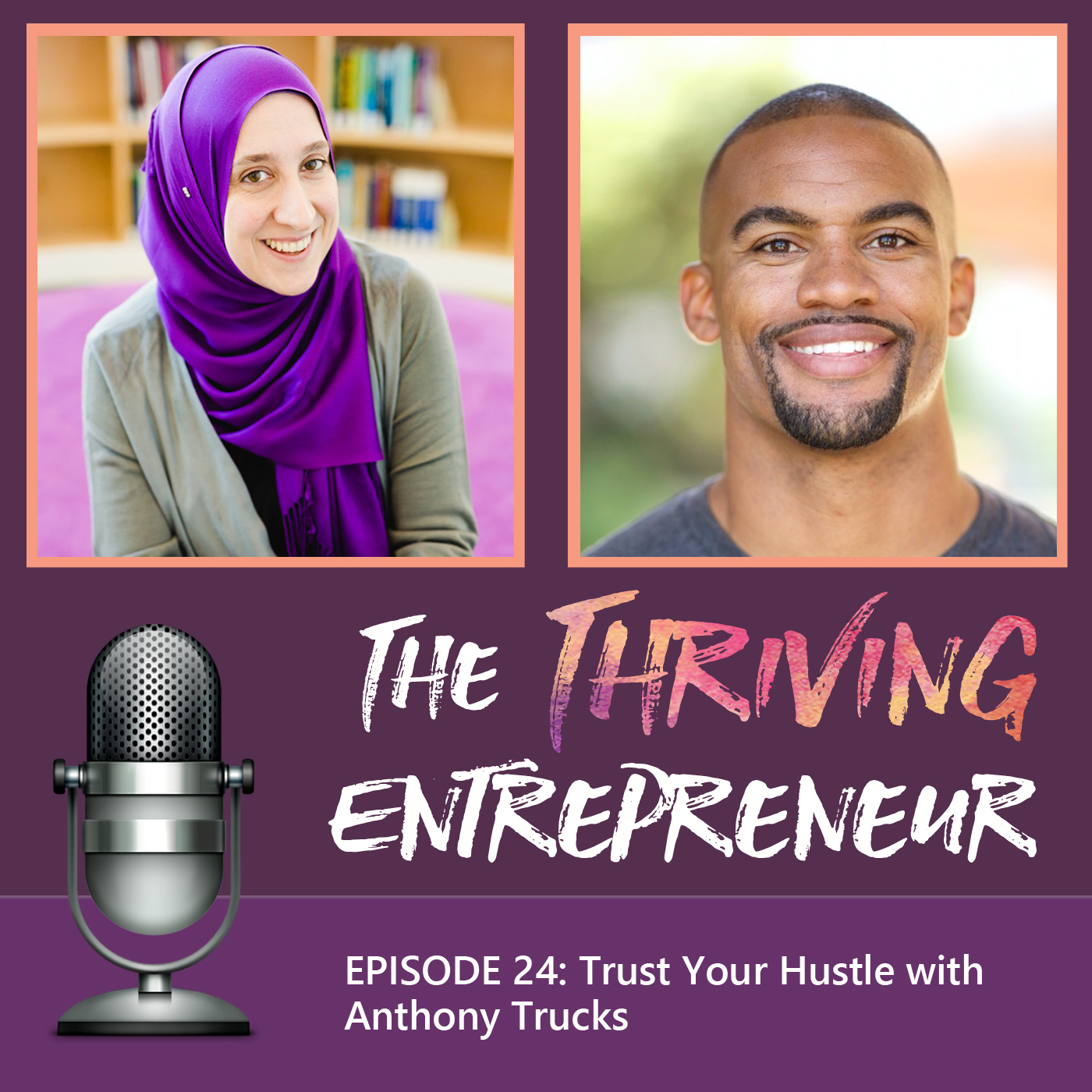 Anthony became an entrepreneur against his will at 3 years old the day he was placed into foster care by his mom. He was thrust into an unknown world with no idea how to navigate it correctly. He was lonely, lost, felt worthless, and essentially like he was alone on an island trying to fend for himself. The same first feeling an entrepreneur feels when they venture out onto their own in business when they enter a world that leaves them feeling like they’re alone on an island.

This led Anthony into a world where he would fight against the statistical odds that said he would either end up dead or in jail. Anthony’s life experiences read almost like a fiction book and it’s because he learned something he now teaches the world. How to “Trust Your Hustle.”

Anthony went on to get adopted at 14, earn a college football scholarship, and eventually play in the NFL. After an injury ended his NFL career Anthony went home to venture into the shark-infested waters of entrepreneurship. He opened his first business, a gym, which he built from scratch to six figures in its first year all during the housing market crash. This would be the first of two businesses over 8 years he would build to reach multiple 6 figures in his ensuing years as he has gone on to become an international speaker, author, six figure consultant to a multi billion dollar a year company, featured in multiple publications, and now an entrepreneur coach.

Anthony teaches current and aspiring entrepreneurs what it means to Trust Your Hustle to get out of your own way to breakthrough and get success in your business and life. And no one in the world does it like him.

Having made it out of a tough childhood to playing in the NFL, being a business owner fighting through incredible hardships to grow, and now as an entrepreneur coach, Anthony has a combination of experiences, knowledge, and perspectives unlike anyone else in the world. When it comes to starting and growing a business from the ground up you must have the tools, techniques, and the right technician behind the scenes to reach success. Anthony not only has done this himself but he now teaches others how to do the same in all facets of their business from branding to client retention.
In this interview, Anthony and I chat about how:
◦ He had to become an entrepreneur very early on in his life when his mom gave him away to foster care
◦ He had to overcome so many struggles even before the age of 14
◦ He started playing football and eventually landed a spot in NFL
◦ After an injury after a few years, he started his first business, a gym
◦ He realized he had more to share then just fitness
◦ He prefers full speed vs. balance
You can connect with Anthony at: www.anthonytrucks.com or www.fb.com/anthonytrucks
Join Yasemin’s FB group: The Thriving Entrepreneur for more goodness like this and to meet like-minded Thrivers:
https://www.facebook.com/groups/thrivingentrepreneur/
Join Yasemin’s FB Fan Page to catch her FB Live videos: www.fb.com/borntomakeadifference